Beltway Boxers won two of three bouts Friday night at the 2300 Arena in Philadelphia, PA.  The one loss came in the co-feature bout on the Kings Promotions card as Washington, DC welterweight David "Day Day" Grayton dropped a 10-round unanimous decision to undefeated Terrell "Tyger" Williams of Los Angeles, CA. 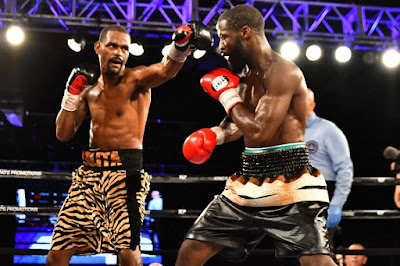 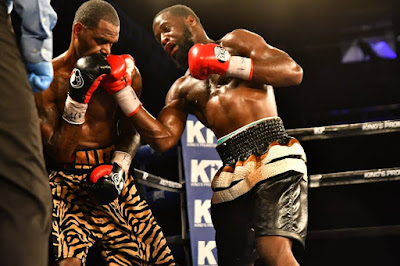 Grayton dug himself a hole early in the contest as he was knocked down in both the first and second rounds.  Grayton would have a quality third round before Williams would gain control of the middle rounds.  Williams would score another knockdown in the sixth round.  As the bout reached the final stages, Grayton tried to pressure and throw power shots as Williams started to show signs of fatigue.  However, the points Williams piled up early in the bout proved to be too much for Grayton to overcome.  Grayton lost by scores of 97-92, 98-89 and 99-90.  The loss is Grayton's second in a row and he falls to 15-3-1, 11 KO's.  Williams remains undefeated at 17-0, 13 KO's. 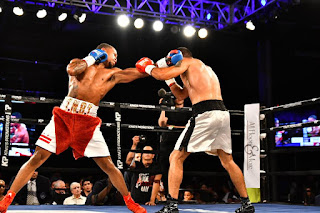 Another DC welter,"The Next Big Thing" Keeshawn Williams, looked very impressive in a four-round unanimous decision victory over Farhad "The Puncher" Fatulla of Salt Lake City, UT by way of Azerbaijan.  Williams used a lot of jabs in the contest to keep Fatulla at bay and would win the contest by shutout, 40-36 across the board.  Williams is now 3-0-1, one KO while Fatulla falls to 1-2. 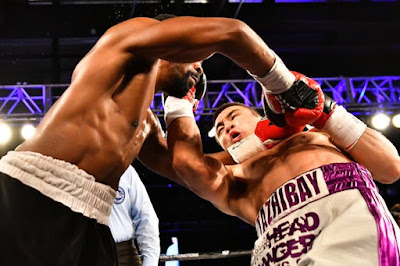 A third DC welterweight, Shynggyskhan Tazhibay, also won by four-round unanimous decision over late sub Justin "King" Johnson of Pittsburgh, PA.  Tazhibay was able to handle his opponent despite coming close to losing a point for hitting Johnson behind the head.  Tazhibay was able to win by scores of 39-37 and 40-36 to raise his record to 7-0, two KO's.  Johnson is now 6-18-6.
Posted by Gary Digital Williams at 10:52 PM

A good article and very interesting. It is the most wonderful article.