A number of Beltway Boxers were victorious on the T.A.C. Promotions card at the ABC Sports Complex in Springfield, VA on Saturday, September 22nd. 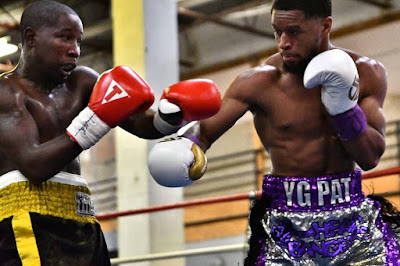 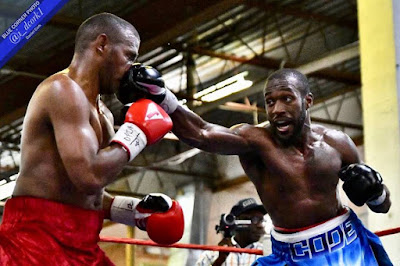 Waldorf, MD welterweight Rashad "Code Blue" Kilpatrick won a four-round majority decision over Carlos Pena of Erie, PA.  According to reports, Pena got off to a good start in the bout but Kilpatrick picked up the pace and went on to the victory.  No words on the scores.  Kilpatrick is now 3-0, one KO while Pena falls to 5-26-2, four KO's.

Another Waldorf boxer, heavyweight Kwasi "Hollywood" Horton, lost his pro debut to Michael Davis of Cleveland, OH.  Horton did knock down Davis in the first round but Davis was able to recover and win the bout by unanimous decision.  Davis wins for just the second time and is now 2-32.

In other bouts on the card, Catskill, NY light heavyweight Alvin "Iron Majik" Vermall, Jr. scored a sixth-round TKO over "The Hawaiian Nightmare" Rocky Smith of Muskegon, MI by way of Honolulu, HI.  Vermall stepped up his attack in the fifth and sixth rounds forcing referee Mark D'Atillio to stop the bout at 1:48.  Vermall bounced back from suffering his first pro loss in May and is now 16-1-1, 13 KO's.  Smith falls to 13-8, 11 KO's.

Jason "Lethal" Kelly, a middleweight from Lethbridge, Ontario, Canada, won a four-round unanimous decision over Abner "Bam Bam" Guadalupe of The Bronx, NY.  Again, no word on the scores.