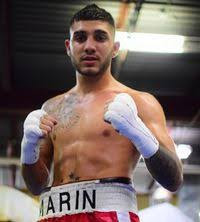 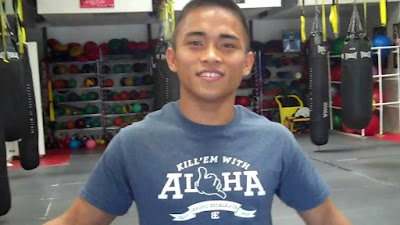 Undefeated Bethesda, MD super flyweight Alexandru "Spartan" Marin will compete in his biggest bout to date as he takes on Bruno Escalante of Redwood City, CA in a 10-round bout for the vacant IBF Intercontinental Super Flyweight title on Saturday, September 8th at the Forum in Inglewood, CA.  The bout will be on the "Super Fly III" card and will be shown on the HBO International broadcast feed.

Marin, a native of Iasu, Romania (16-0, 11 KO's), won his second regional title when he knocked out Michael Ruiz, Jr. in the second round on April 14th in Norfolk, VA.  The win earned Marin the IBO Inter-Continental Super Flyweight title.  Marin also won the IBO International Bantamweight championship in June of 2016 when he floored Johnny Determan in the third round in Springfield, VA.  Marin is currently ranked 10th in the world by the IBF and is top-ranked in the IBF and IBO Inter-Continental rankings.

Interestingly, Escalante's last loss came to the same Michael Ruiz, Jr. in June of 2016 in Oakland, CA.  Escalante lost an eight-round unanimous decision in the second bout between the two boxers.  In December of 2013, Escalante defeated Ruiz by 10-round majority decision in Redwood City.  Also of note is that Escalante has gone a full 10 rounds three times while Marin has never gone 10 rounds.