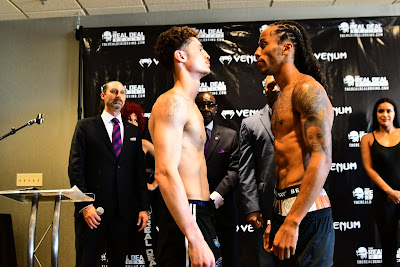 Outlaw tipped the scales at 136.8 pounds for his six-round contest against Dan Murphy, who weighed in at 138.4 pounds. 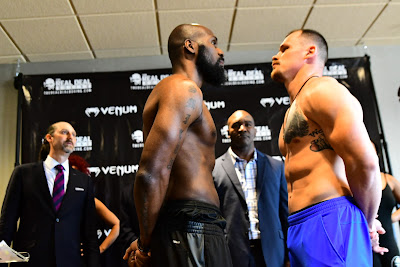 This bout was a late addition to the card.  Smith (10-3, nine KO's) looks to bounce back from a six-round split-decision loss to Kennedy Katende on April 21st in Brooklyn, NY.  Egerov (4-0, three KO's) is a native of Obninsk, Russia and competes in the United States for the first time as a pro.  Egerov comes off a fourth-round TKO win over Andrei Kniazev on November 27th in Moscow.
Posted by Gary Digital Williams at 8:28 PM