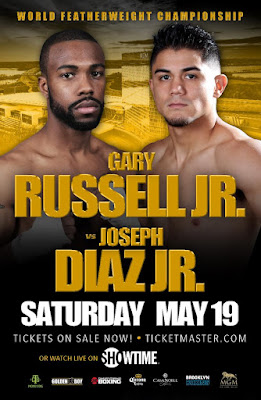 We have the start time and schedule for the TGB Promotions/Golden Boy Promotions card at the MGM National Harbor Casino in Oxon Hill, MD on Saturday, May 19th.

The doors will open at 6 PM ET with the first bout scheduled to begin at 6:30 PM.

The WBC Light Heavyweight title bout between champion Adonis Stevenson and former two-division titleholder Badou Jack will follow from Toronto, Canada's Air Canada Centre. However, that bout may not be shown to the general public, only to the media at ringside.
Posted by Gary Digital Williams at 8:01 PM