Broner Versus Peterson ---NOT!!! 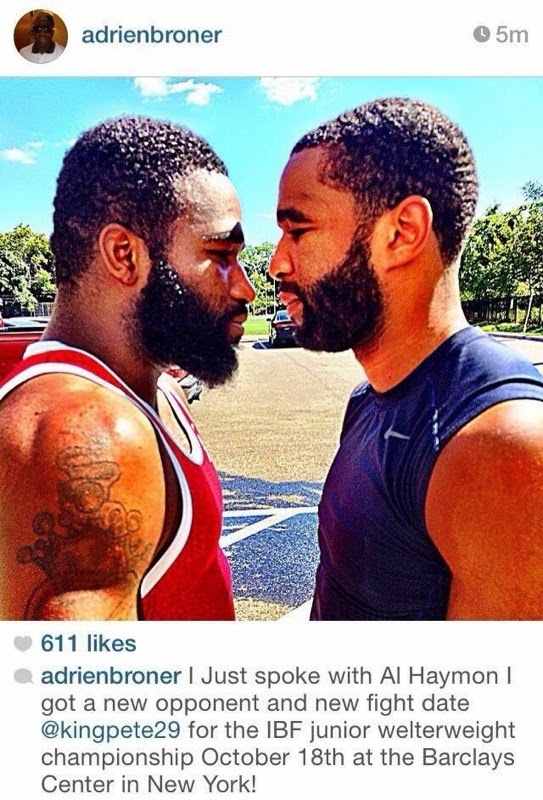 Some of you may have seen the above picture from Adrian Broner's Instagram feed with Broner standing nose-to-nose with IBF Junior Welterweight champion, DC's own Lamont Peterson.

The caption underneath read that Broner was going to face Peterson in his next bout on October 18 at the Barclays Center in Brooklyn, NY.  This would mean that Broner would back out of his September 6 contest with Emanuel Taylor in Broner's hometown of Cincinnati, OH.

If it were actually true.  Broner played an August Fool joke that very briefly unsettled folks around the boxing world.  The Peterson camp got a lot of calls concerning this situation.  I can assure you this bout will not happen.  Broner and his camp has, actually, been training with Peterson at the Headbangers gym in DC for the last two months in preparation for the bout with Taylor, which is still on.
Posted by Gary Digital Williams at 8:35 PM